SkyCity Entertainment expects 700 more job losses due to the COVID 19 pandemic. The company revealed that thing has become extremely hard to keep afloat and Auckland the property that will be mainly affected. In Auckland, close to a third of roughly 3000 part and full-time jobs. The company has close to 5000 people in total. In April, SkyCity shut down its Queenstown, Auckland and Hamilton properties, which according to government were regarded as non-essential services.

According to SkyCity, the company the weaker economies has being the major contributor to the job cuts. Over the couple of months, SkyCity has seen lower changed entertainment habits, personal disposable income as well as restrictions on physical distancing requirements and mass gatherings.

Graeme Stephens, SkyCity chief executive officer stated that the company has restructured its salaried employee base and the management team as well. He further revealed that SkyCity also expects to further reduce its workforce. 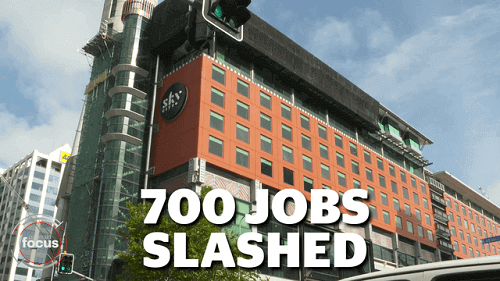 In an announcement to the media, Stephens stated that the pandemic has created an unprecedented impact not only on the global economy but the people as well. The chief executive said that the company faces $90 million revenue loss each month. SkyCity is also still incurring significant costs such as lease payments, labour as well as utilities. While the labour costs close to $20 million each month.

In April, this year, SkyCity the board of directors offered to take 50 percent salary cut for the rest of the financial. Additionally, the group also cut staff salary by 80 percent in a bid to save the company. Some employees opted for voluntary redundancy because they did not want to take the cut.

Also, in April, the chief executive said that the company is kept afloat by the wage subsidy. If it were not for that, the company would be forced to further cut 700 jobs. SkyCity received close to $22 million according to the Ministry of Social Development’s wage subsidy database.

Unite Union has been given the chance to fight the job cuts. Members of the union have called for the company to look at alternatives to job losses such as reduced working hours, part-time hours, voluntary redundancies or varying contracts to help workers adjust back to full-time hours when things get back to normal.

Due to the closure of the properties in Australia and New Zealand, 200 staff members lost their jobs. The additional lay-off comes as a shock to the union. Additionally, they are doing everything in their power to look for other solutions.