SkyCity lays off 200 of its staff members while the others take a 20% income cut. If the 20% cut is not agreed to, it will force SkyCity to make close to 700 more layoffs. The decision follows the closure of all five of the company’s gaming properties due to the COVID-19 pandemic. Graeme Stephens, Chief Executive of SkyCity Entertainment Group has announced that in a statement that the job cuts are due to the “unprecedented impact”. Four properties in New Zealand and the one in Adelaide, Australia was shut down in a bid to prevent the spread of the coronavirus.

He further stated that the companies monthly revenue loss would amount to NZ$90m. In addition to that, the company is still suffering substantial monthly costs, which include close to NZ$20m in just labor costs only.

Close to 90% of SkyCity’s Australian workforce has already been stood down. Now the company will make 200 of its New Zealand staff redundant. This, according to the company, is with immediate effect. 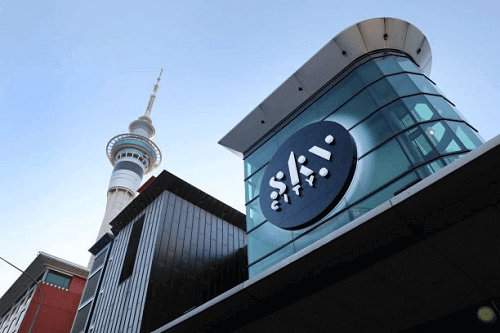 Executives at SkyCity have offered to take cuts in their salaries. The cuts will range from 20%-40% for the remainder of the fiscal year. The CEO, COO and CFO will incur 40% cuts. The board of directors, on the other hand agrees to cut their fees by 50%.  With the executive cuts, SkyCity aims to establish an NZ$1m Employee Hardship Fund to help cope with the exiting staff redundancy.

SkyCity lays off staff in a bid to decrease its capital expenditure. The company will put its projects in New Zealand on hold until the casinos reopen. The Adelaide property expansion will continue as planned.

According to Stephens, the company is going through “an incredibly stressful time.” He stated that there might be further cuts if SkyCity’s casinos stay closed by June 30. The CEO further stated that the company would we need to take drastic actions to address the current issues.

The move by SkyCity to lay off staff is a lot similar to Aussie rival, The Star Entertainment Group. Star Entertainment laid off 90% of its staff after its operations were also paused due to the COVID-19 pandemic. In other casino news, Crown Resorts is still to communicate the measures they will take to help the company survive the shutdown.

SkyCity’s CEO says that although it might be reasonably quick for the company’s Asian VIP segment to recover. The company expects to restart as a domestically focused and smaller business.