Star Gold Coast, has more than 70 table games and is over three decades old. The establishment has more than 1,600 slot machines and gaming devices.  Kate Jones, Queensland Tourism Minister revealed that the government is willing to negotiate with Star but with regards to the promised development, the minister warned the company to “put up or shut up”. It is alleged that the two parties have held a number of meetings, four to be exact to discuss the requested exclusivity. 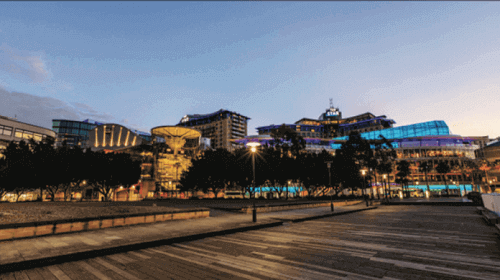 Star has already committed over $68 million to refurbish the Gold Coast Exhibition and Convention centre as well as the Sheraton Grand Mirage. In return for the refurbishment investment, Star Entertainment Group wants a monopoly assurance from Australian policymakers. Star has always maintained support for investment in tourism assets on the Gold Coast. The company does, however, believe that the Gold Coast market is not big enough for two casinos.

According to Star, introducing another local casino will force the company to defend the local market share. The gaming company has always been clear on their stance on an exclusive contract as well as agreement.

The Australia Government will Decide

The government of Australia has decided to examine the offer by Star and make a decision. According to Jones, the government will exclusively deal with Star Entertainment in order to get full details of the offer.

In October, Star revealed that they are willing to boost their already existing masterplan deal by adding in the Gold Coast Convention and Exhibition Centre renovation. This also includes an upgrade of the nearby Sheraton Grand Mirage. The Sheraton Grand Mirage was purchased in 2017 for AU$140 million.