SkyCity casinos have revealed that it has shut down its Adelaide casino while the properties in Hamilton, Queenstown, and Auckland will continue to operate. Graeme Stephens, SkyCity’s Chief executive, said that closure of the establishment is in compliance with new Covid-19 regulations. The announcement by the government is to try and control the spread of the virus.

At the moment, SkyCity said its establishments in New Zealand would remain open, but the casino has put measures in place in case the current Covid-19 alert level is raised. Speaking about how the SkyCity casino shutdown will impact the 4000 workers in New Zealand, Stephens said the company would work through the implications.

The cases of Covid-19 in New Zealand are all from people who have traveled overseas. This means that the number of cases seen is still due to how many people are arriving with the virus. 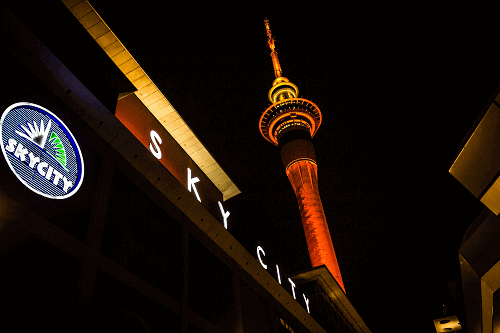 SkyCity casino stated that although operations will shutdown, the Adelaide expansion will continue. On Monday, 23 March 2020, the Adelaide property closed earlier after the Australian government enforced new restrictions.

In light of the 1000 employees in Adelaide, the chief executive said they would prioritize addressing their welfare. Stephens stated that SkyCity is in the midst of consultation with the South Australia unions. The company will finalize a plan for the employees in the next few weeks.

Following the shutdown, SkyCity has withdrawn its earnings guidance for the year ending 30 June 2020. The casino released the earnings earlier in March. It speculated normalised net profit of $85m-$100m and earnings before tax, amortisation guidance, interest, and depreciation for the 12 months of $230m-$250m.

According to the predictions, in the six months to December 31, Adelaide generated $7m in revenue and $13.1m in normalised EBITDA. The gaming company nearly halved its forecast year profit due to the Covid-19 virus.

In the beginning of March, Stephens said the casino recorded an obvious decrease in customers. This was especially true for its flagship Auckland casino and other hotels. The chief executive said they were seeing less of the well-off Asian gamblers who usually gamble at high stakes tables.