Just weeks after witnessing a massive fire, SkyCity is hit by another blow. Richard Didsbury tendered his resignation on Monday, 11 November, in charge of monitoring the operations of the New Zealand International Convention Centre (NZICC) Project. He is moving to a private consortium, the Northern Express Group.

SkyCity’s New Zealand International Convention Centre (NZICC) project is the largest project in New Zealand. This upgrade is valued at NZ$703 million. The project is delayed due to the fire that broke out at the end of October. This has made it impossible for the company to host conferences scheduled for 2021. SkyCity’s company shares dropped down by 40% after the fire. 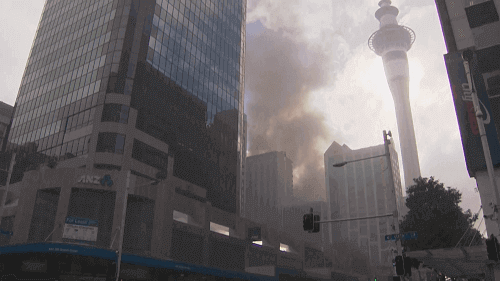 The fire impacted almost all facet of the convention centre. SkyCity Entertainment Group has revealed that due to the fire, the centre will no longer be able to host the APEC Economic Leaders’ Week in November 2021. Although the extent of damage which the fire caused has not yet been outlined by the casino. New Zealand’s largest construction company, Fletcher Construction currently has control over the casino. There is a team assigned to the building. The team is responsible for investigating the cause of the fire.

The government has imposed a deadline on SkyCity. The company has until 2023 in January to complete the convention centre. SkyCity has reassured the public that it has the relevant insurance. According to SkyCity, the insurance covers damages suffered as well as loss to the NZICC and Horizon Hotel. SkyCity revealed that it has contracted external advisors to help in managing and assessing the damage caused by the fire. The external advisors will also ensure that SkyCity’s interests are protected, assist the company in assessing the damage as well as assess the rebuild required.

The construction company responsible for the NZICC project, Fletcher Construction is currently in the process of investigating the project’s costs and delivery timeline. The company is also responsible for determining the project cash flow, timing of insurance proceeds and potential impact on the Construction provisions as announced in February 2018. Fletcher stated that they will be able to provide a full report in February 2020.

Cause of SkyCity Fire

It is believed that an intern, who happens to be a teenager is responsible for the fire that erupted at the convention centres rooftop. The teenager allegedly left a blowtorch unattended. Believed to also be a sub-contractor, the employee left for a smoke break and by the time he returned the fire had already started.