Maryland Casino Dealer, Ming Zhang, a 32-year-old from Alexandria, Virginia will face 18 months in prison for taking part in a baccarat cheating scheme that costs one million-dollars. The name of the casino Zhang was involved with has not been named yet. The Maryland Casino Dealer will be placed under supervised release for three years. In September 2018, Zhang pleaded guilty to a one count of conspiracy to transport stolen funds. During the trail, Zhang District Court Judge Paul W. Grimm ordered Zhang to pay back $1,046,560, the casino for the total amount of the loss.

Dubbed the Maryland Casino Dealer, Zhang could possibly face up to five years in prison. It is alleged that Zhang worked with a co-conspirator when he was scheduled to deal at a baccarat table at the Maryland casino. According to prosecutors, Zhang had allegedly met with an alleged co-conspirator near the second casino at a hotel to learn how to take part in the scheme between July and September in 2017. The casino dealer took $1,000 as his cut from the deal. 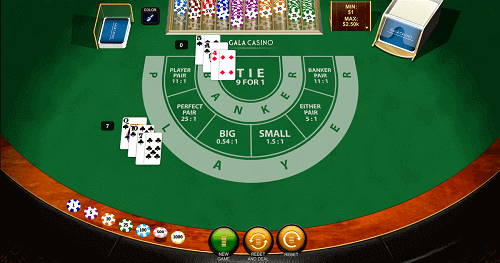 The Maryland Casino Baccarat scheme dates back to 2017. A player was able to see a portion of the baccarat deck. The player was tipped off by Zhang. Prosecutors state that the Maryland Casino Dealer placed the unshuffled cards into a plastic box. The box keeps the cards in order until they are dealt to players. The once-exposed portion of cards would then be seen by the co-conspirator. This is regarded as “shoe.” It is alleged that when the unshuffled portion of the deck came into play, a number of players and the co-conspirator placed large bets.

63 percent of all the cheating that takes place at MGM properties in the USA occur at the MGM National Harbor. The Prince George’s County, Maryland property is one of the most-cheated casinos in the United States.

In 2017, MGM director of security caught 172 cheaters. In a separate incident, in Maryland, Live! Casino and Hotel a worker was charged with printing fake casino vouchers to the value of $14,500. In October 2019, Maryland decriminalized gambling and wagering and now it’s a civil offense.