Two Crown-branded casinos are facing backlash after allowing a war criminal to gamble away $6 million. The businessman from Indonesia, Joseph Wong Kiia Tai gambled at the high-rollers VIP room despite being placed on the United Nations sanctions list. The sanctions mean that the businessman is not allowed to travel outside of his country. However, Kiia Tai gambled at the Crown Perth and Crown Melbourne between 2004-2015.

The news caught the attention of the Australian gaming regulators after video footage depicting money amounting to hundreds of thousands of dollars being offloaded into the cash cage at a VIP room surfaced. 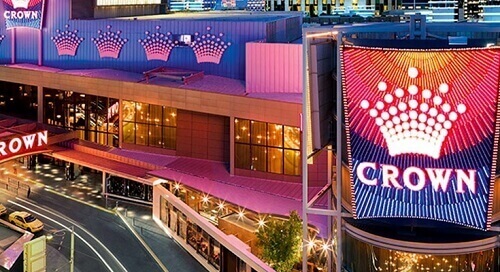 Kiia Tai has ties to Charles Taylor who is a Liberian warlord and later became president of the country. Taylor was found guilty of crimes against humanity by an International Criminal Court. He was intervening in a civil war in the neighboring country, Sierra Leone. In May 2012, he was imprisoned for 50 years. Kiia Tai struck a deal with Taylor.

At the time, Kiia Tai was the head of Oriental Timber Company, which was given rights to use close to a quarter of Liberia’s rainforests. Kiia Tai provided financial support as well as provided military ammunition to Taylor. The UN also accused Kiia Tai of trying to destabilize Sierra Leone and gain illicit access to the country’s diamonds.

It is uncertain how Crown Casinos vets its VIP customers and whether the casino adheres to anti-money laundering laws. The casino was in the spotlight for manipulating visa policies to fast-track VIP’s access to Australia. Crown is notorious for manipulation of government procedures and not conducting the appropriate background checks.

Crown Casinos have also been involved in a series of money laundering scandals. The casino is also embattled in numerous criminally linked dealings. It is accused of not properly reporting transactions to Australia’s anti-money laundering authority, AUSTRAC. To find out how the story unfolds, keep it locked on nz.goldenrivieracasino.com