Mega Moolah is the flagship progressive jackpot slot machine on Microgaming’s long catalogue of games. The casino game is known for making millionaires with just a click of a button. The African safari-themed slot games have captivating visual graphics and the sounds effect transport players to the middle of the jungle. Before you get carried away, read through our Mega Moolah review to learn how to spin the wheel and play the jackpot slot to win. 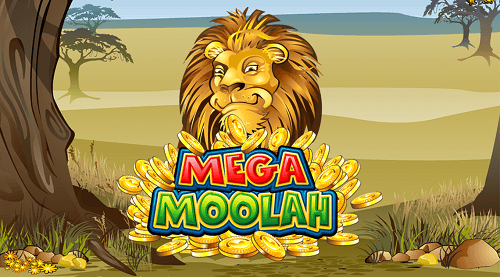 If the name of the casino game is anything to go by, Kiwi players can already anticipate huge wins playing this Microgaming game. Set in the backdrop of the exotic continent of Africa, the theme is upheld in the game’s layout. Mega Moolah has five-reels and twenty-five fixed paylines. There is a total of seven animals that fit in the reels in graphic splendour, there’s the elephants, zebras, giraffes, buffaloes, monkeys, gazelles and lions (wild). The wildlife represents the high-value symbols in the game, while the standard poker card symbols 10, J, Q, K, and A are the low-value symbols.

Barring the fact that it is probably the most popular game on the internet, Mega Moolah is timeless. Established in 2005, it stills garners a relatively large following that influences the networked progressive jackpot sum. Mega Moolah online game has a return to player percentage of 96.7%, and has a reputation for making millionaires. Playing Mega Moolah complete safe and legit when you gamble at a trusted casino in New Zealand. 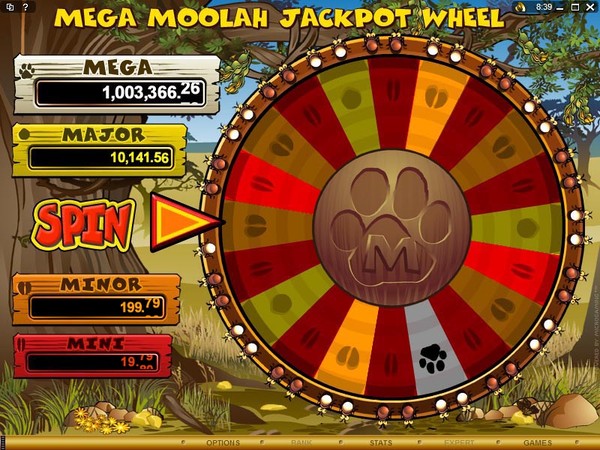 Former Mega Moolah winners have all witnessed the payout potential of this title, now learn how to hit Mega Moolah. Players need to trigger the bonus game feature, which is automated and can take place at any point. You will then spin the Mega Moolah jackpot wheel of fortune and hope that it lands on the corresponding colour of the jackpot prize.

While there’s no bonus feature to write home about, it makes up for that with the potential of winning millions. Mega Moolah is fully compatible with iPhone, Android and Windows Phones as it uses HTML5 technology. Become an instant millionaire and play Mega Moolah to win big cash prizes. We were so impressed with the overall gameplay and graphics we gave it four out of five-star rating.